How Much To Convert Tub To Shower?

If you’re getting a little tired of seeing your old bathtub, you may want to think about converting it into a shower unit that fits seamlessly in with the rest of your bathroom. The conversion typically costs several thousand dollars, but there are benefits to having a shower instead of a tub.

How Much Does a Tub to Shower Conversion Typically Cost?

The conversion costs depend on several factors, which we’ll dig into a little later.
Generally, converting a tub into a manufactured shower stall costs between $1,150 and $3,500. This rise to between $2,000 and $7,600 for a tiled shower, with a fully customized curb-less shower likely to set you back between $2,500 and $8,200.
These prices assume a standard shower size of 48 x 36 x 96 inches. Per square foot costs range from $9.50 to $65, depending on the type of show you install.
Note that these costs include installation fees. If you decide to do it yourself, you may be able to save as much as $1,000 when converting a tub into a shower.

The Cons of Converting Your Tub to a Shower

Increased accessibility and space, combined with a lower risk of accidents and less water consumption, are all attractive benefits. Still, there are some drawbacks to consider before you complete a tub to shower conversion.
There’s no escaping the fact that converting a bathtub into a shower comes with a high cost, especially if you want to customize the shower. Though the savings you make on water consumption eat a little into this cost, you still have to find several thousand dollars upfront.
According to the National Association of Home Builders, 74% of people prefer to have both a tub and shower in the bathroom. If you get rid of your bathtub as part of the conversion, you may make your home less attractive to future buyers.
Some states consider bathrooms that don’t have a tub as three-quarter bathrooms. Again, this designation may affect the resale value of your home.
Showers are not always ideal for homes with younger children. Some children are wary of having water falling on them. What’s more, having a shower makes it more difficult to properly clean infants and toddlers.
There are few things more relaxing than a long soak in the tub after a difficult day. If you only have a shower, your bathroom may be a less relaxing place.
Which Costs Less – A Shower or a Bathtub?
We can approach this question in two directions.
In terms of water usage, showers cost less than bathtubs. The average cost of water in the United States sits at about $0.015 per gallon. Using the EPA’s figures, that means a bath costs $1.05, with a 10-minute shower using 25 gallons costing $0.375.
Assuming you take one bath or shower per day, this works out to $383.25 per year on baths and $136.88 per year on showers. So, you achieve a per person saving of $246.38. Assuming you have four people living in your house, a shower saves you nearly $1,000 per year.
Did You Know? If having a shower installed can save your home nearly $1,000 per year, assuming a house with four people who each shower once per day, your shower can pay for itself in 8 or 9 years.
Alternatively, we could look at the upfront costs involved. As mentioned, a tub to shower conversion costs between $1,150 and $8,200. Installing a bathtub costs between $800 and $4,600, making it the cheaper upfront option.

How Long Does a Conversion Take?
The length of the conversion depends on the work you’re having. A simple conversion using a pre-manufactured shower unit can take as little as a day, assuming you don’t need extensive plumbing work. Customized installations, especially those that require extensive plumbing and tiling, may take up to two weeks. This is because your installer needs to measure and cut your tiles to ensure a perfect fit.

Is a Tub to Shower Conversion Worth It?

Whether a tub to shower conversion is right for you depends on your priorities. If you’re looking to save money over time while reducing your water usage, conversion is a good option.

You may be able to save as much as you spent on the conversion in just a few years, after which the money you saved goes into your pocket.

Furthermore, tub-to-shower conversions are a good choice for those with mobility or accessibility issues. Plus, the conversion can give you more space in your bathroom while lending it a more modern aesthetic.

Still, a tub to shower conversion isn’t for everyone. Those with small children may want to reconsider due to the increased difficulty of bathing children in the shower. You may also find that you have less interest from buyers if you sell a home that doesn’t have a bathtub. 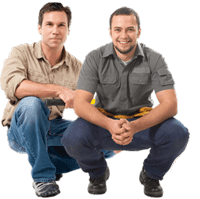