These crazy construction jobs here are definitely the “Don’t Try this at Home” type, and even more so, these guys are really brave – I would not do something like this. The most dangerous job I did was standing at the second from last cross bar of a 40′ extension ladder, tied off with a rope to the ladder itself, and bending backwards, trying to reach a rake board on a 3 story 12/12 roof.

But compared to these guys, i’m an amateur at breaking OSHA safety guidelines 🙂

Note how each step is at an angle, and as you go higher, angle gets steeper … also steps are like 3 feet apart – looks like these guys are doing the roof or painting, so how do you even climb this thing in full gear …. I guess there is no OSHA (or much common sense) in what seems to be India or Bangladesh. 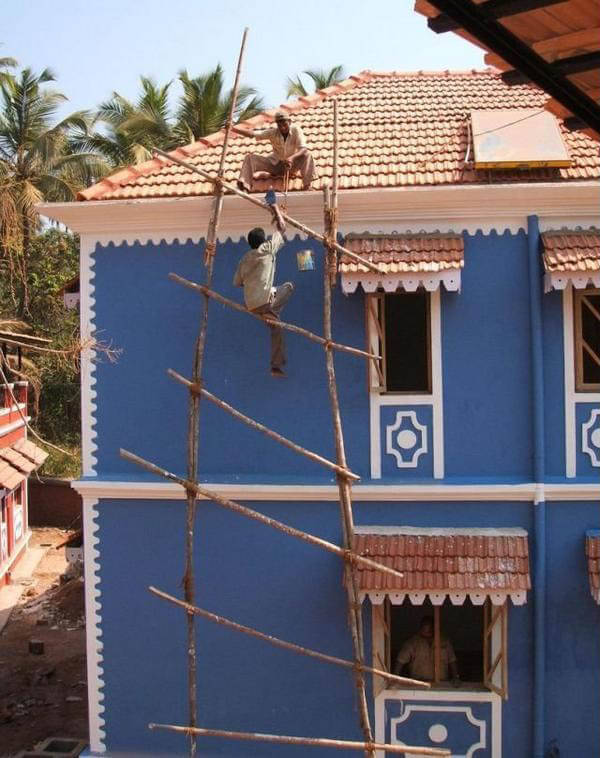 2 – Lunching under an excavator

Ok, so these guys are taking a lunch break, and to stay cool, they are hiding under an … excavator of all things :/ … I mean they could use a beach umbrella or something. 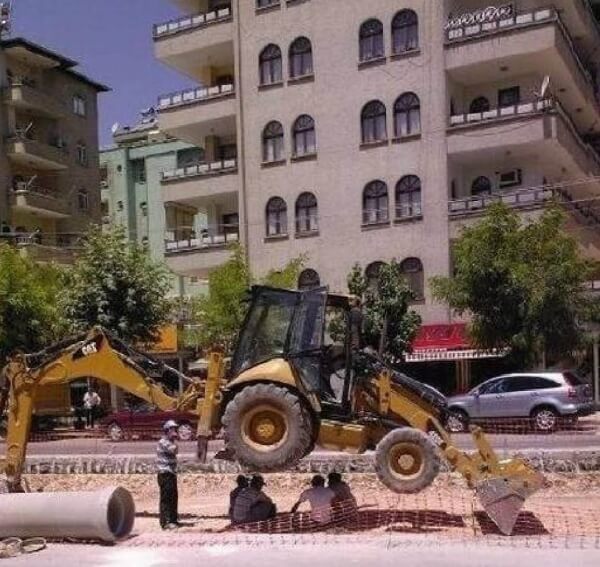 So these guys could not find a ladder long enough to reach a 3rd floor window, so the two of them lifted 3rd guy up, standing on a ladder, holding a refrigerator! WOW … and these two are so tough, they don’t even need the 4th guy standing next to them … oh, and they also seem to be twins. 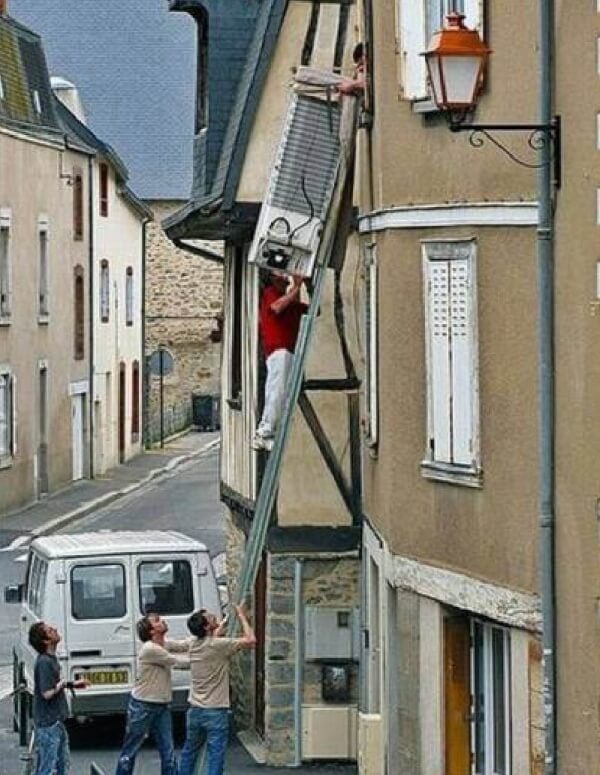 Ok, so this guy is not the smartest welder I’ve seen. I mean when you weld with GAS, you want to keep your sparks as far away from gas tanks as possible – not point them at the tanks … you know – that thing can explode or something 🙂 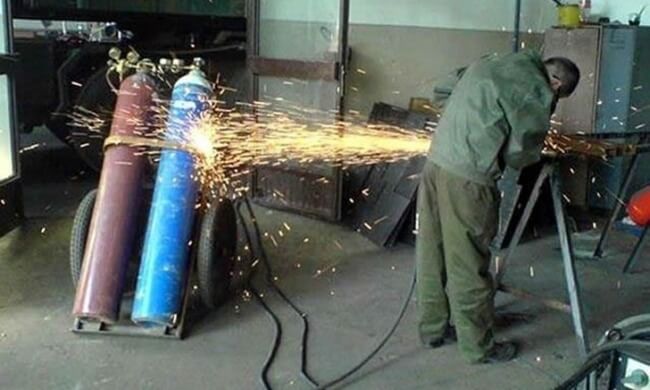 5 – ladder in a swimming pool

Ok, so really this is not super dangerous, unless this guy falls in the pool with his drill in hand, but, that ladder will scratch and damage the surface of the pool … and who the hell puts step ladder in the swimming pool anyway? 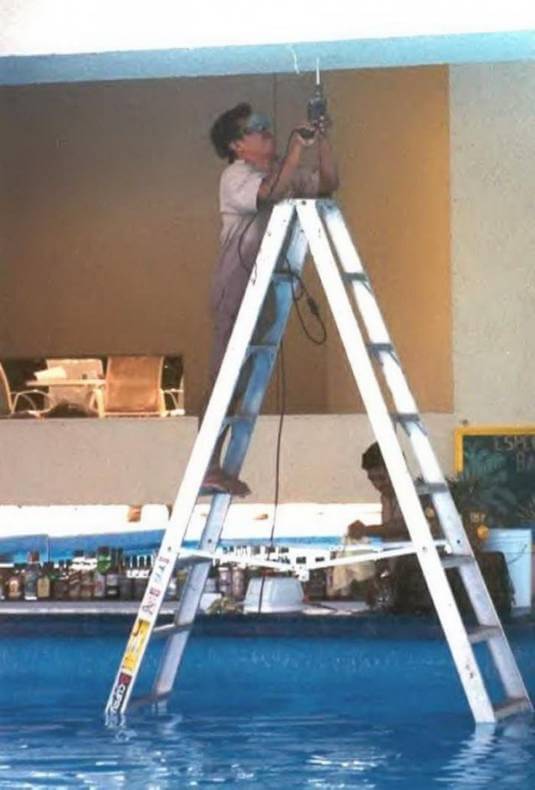 Well, everything would be fine if those cinder blocks were not sitting on a flimsy looking table, which is put on two even more flimsy benches … ughmmm … he could get this telescopic ladder for $244 on Amazon – I actually have 2 of these and they are awesome (bought mine at Sherwin Williams paint store)

Anyway, at least he is using fiberglass ladder which is safe for electricity … gotta always be safe and protect yourself 😀 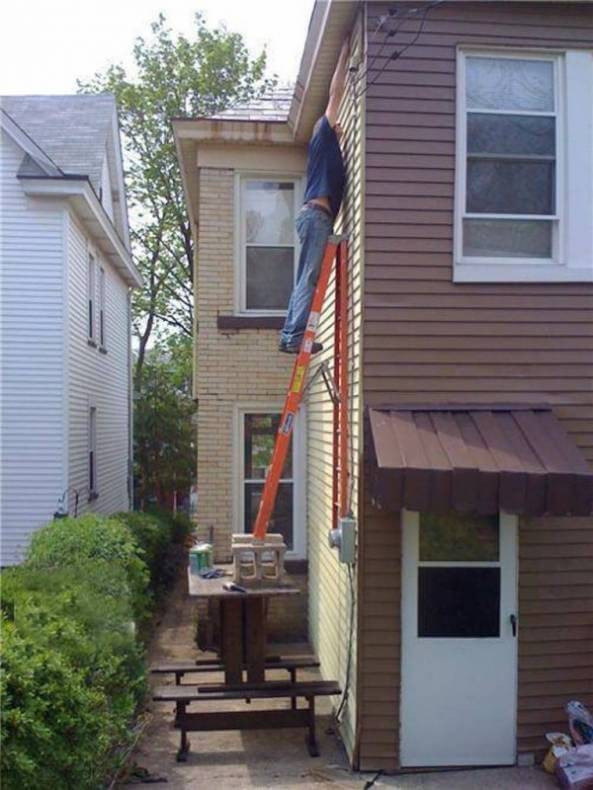